Another classic composed salad for summer, this version has its origins in Volume I of Mastering the Art of French Cooking by Julia Child and friends.

Instead of pasta, rice, or quinoa serving as the base, French-style potato salad pulls everything together. Haricots verts, hard-boiled eggs,  ripe tomatoes, black olives, and canned tuna are essential. If you can find good-quality Spanish anchovies, they should also be included, but beyond that you are limited only by your imagination.

Salade Niçoise can be served chilled or at room temperature, but it goes without saying that it needs a chilled white wine and crusty French bread to be a complete summer meal. 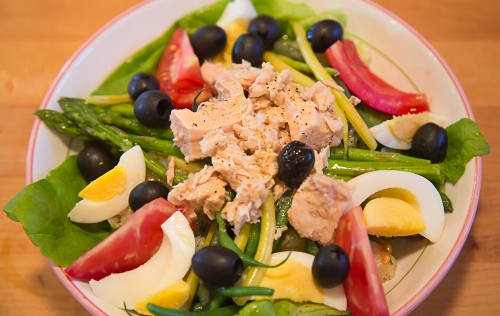