The Anasazi were a native people who lived in the Four Corners area of the United States – New Mexico, Colorado, Utah, and Arizona. What they called themselves is unknown, but archaeologists working in the area called them “the Anasazi” from a Navajo word which means “the ancient ones” or “the ancient enemy”. The modern Pueblo Indians, who live in villages throughout the Rio Grande Basin are thought to be the descendents of the Anasazi who abandoned their native homeland during a prolonged drought in order to be closer to a more reliable water source near the largest river in the region. The Pueblo Indians don’t like the name, Anasazi, for obvious reasons, but it has stuck.

The Anasazi began their civilization at least hundreds if not thousands of years BCE, living in pit houses, but they advanced rapidly to live in sophisticated multi-story stone apartments situated in secure areas like mesa tops and huge hollows in stone cliffs There they could pull up ladders leading to the valley floor and ride out sieges from marauding enemies.  When they finally abandoned their homelands in the 1400s, they had built amazing structures like Cliff Palace in what is now Mesa Verde National Park in Colorado, the White House in present-day Cañon de Chelly National Park in Arizona, and what may be the most sophisticated population center of all, Chaco Canyon in New Mexico, with advanced astronomical observatories, and a web of roads and trails leading in all directions, suggesting that the place may have been the commercial or religious center for the entire region. 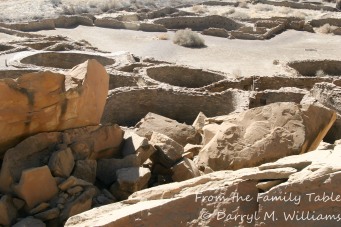 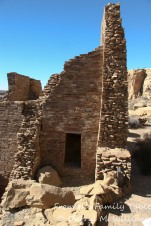 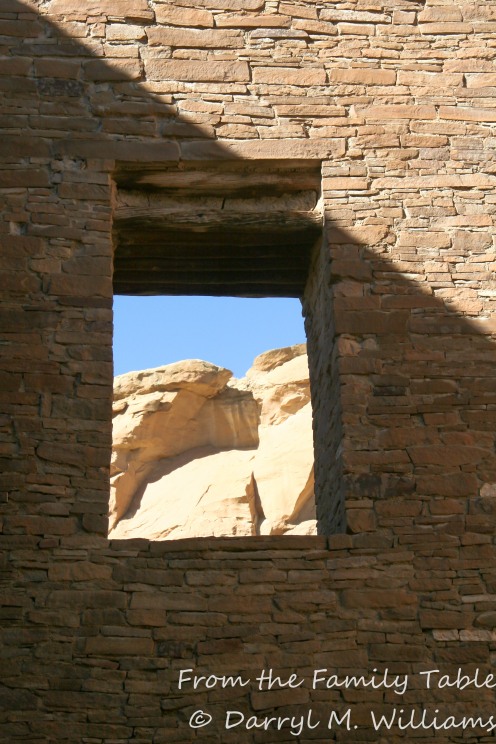 The cliffs of Chaco Canyon

Today, there are only a few remaining structural links to the ancient people: Taos Pueblo in northern New Mexico, the ruined Pecos Pueblo that I wrote about a while back, other ruins scattered around the Four Corners, and much more modest communities in the existing pueblos.

All of that is a long-winded introduction to Anasazi beans and how they got their name.  The traditional story is that a sealed jar of beans was discovered by archaeologists digging in the ruins of the Cliff Palace. The beans were spotted red and white, unlike any other beans the scientists had seen. To their surprise the beans sprouted, and were subsequently propagated. This story has its detractors who say that beans lose their ability to sprout after 50 years or so. They think that while the beans may have been discovered in the clay pot they could have not germinated, but  they were identical to beans that had continued to be cultivated in the region. Of course, there have been multiple interpolations of the two stores, so we really don’t know the truth. Nevertheless the name, Anasazi beans, was given to the beans and it has stuck ever since.

We bought a big supply of Anasazi beans at a farm stand, so I decided to make a variation on the Louisiana classic, red beans and rice. I know that late summer is way too hot to be making beans and rice, but I had the beans, so why not. 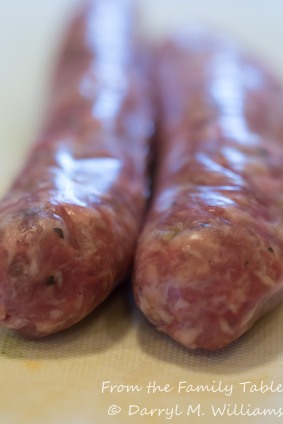 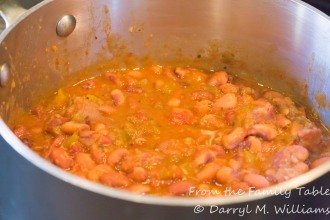 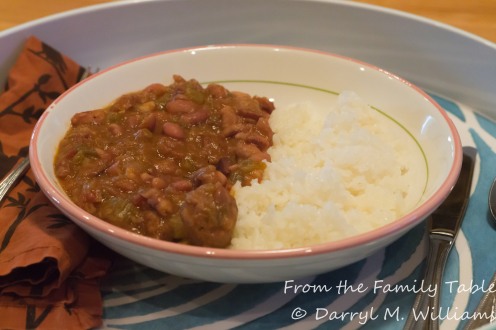 3 responses to “ANASAZI BEANS AND RICE”