Pasta shaped like great big shells (conchiglioni) has always intrigued me, because those shells are just begging to be stuffed with something. The little ones are good, too, because they hold sauce in a hot dish or dressing in a pasta salad. But the big ones can hold any kind of stuffing you can think of.

A box of conchiglioni caught my eye in the grocery aisle the other day, so I bought one without having a clear idea of what I wanted to make from them. Over several days I flipped through a mental catalog: shrimp, cheese, ham, chicken, ground beef. Nothing seemed exactly right, and then I remembered a can of minced clams that had been sitting in the pantry just waiting for me to make one of my favorites, pasta with clams and white sauce.

That seemed like a good beginning, but I was trying to think of something a little different. At last I came up with a plan and decided to make a stuffing of clams, mushrooms, and spinach. 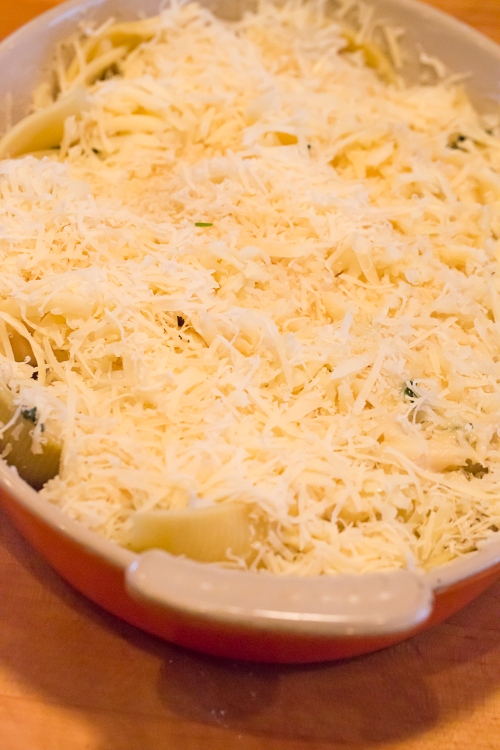 Closeup view of the finished dish

One response to “CLAM, MUSHROOM AND SPINACH STUFFED CONCHIGLIONI”