ASPARAGUS: LET IT STEW IN ITS OWN JUICE

Another part of our recent meal provided from our trip to the Ferry Building Farmers Market. Even though these days asparagus is available the year around, local, really fresh asparagus is still a harbinger to the spring in northern climes. It is then that it is at its best. There are lots of great ways to cook asparagus – steamed, boiled, baked, and grilled. This method taught to me by Sarah produces the greenest, freshest-tasting asparagus I’ve ever had. 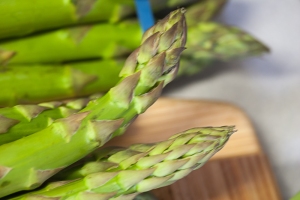 We bought three bundles of the thickest stalks we could find in the asparagus stall at the market. 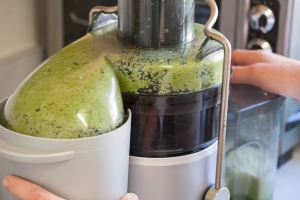 When we were ready for dinner, Sarah cut the thick ends of the stalks where the tender flesh begins. You probably already do the same. I usually throw away those woody ends, but Sarah dropped them into her electric juicer and got the greenest asparagus juice I’ve ever seen. Actually, I’d never seen asparagus juice before. 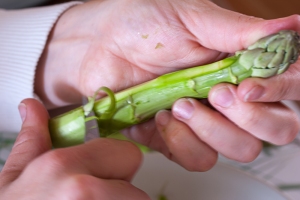 Next, using a very sharp paring knife, Sarah made the very thinnest peelings of the skins of the asparagus spears. 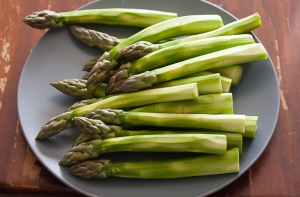 Then she put the juice, seasoned with just a little salt and pepper, in a pan large enough to allow the spears to lie flat. She brought the juice to a boil, dropped in the spears, and cooked them for just a few minutes until the asparagus was tender. The finished spears were a bright green color and fragrant. 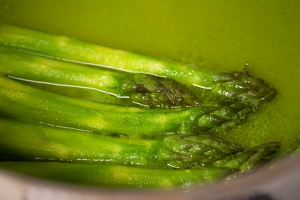 Sarah served the asparagus with just sections of lemon to squeeze over it, but you can use whatever is your favorite asparagus sauce – hollandaise, aioli, or home-made mayonnaise.

2 responses to “ASPARAGUS: LET IT STEW IN ITS OWN JUICE”